Cairo is the capital city of Egypt and it’s one of the largest cities in both Africa and the Middle East. Egypt is a transcontinental nation that bridges Africa’s northeast corner with Asia’s southwest corner via the Sinai Peninsula.Cairo is also the 19th largest city in the world, and among the world's most densely populated cities. On the Nile river, Cairo is famous for its own history, preserved in the fabulous medieval Islamic city and Coptic sites in Old Cairo. The Egyptian Museum in the centre of town is a must see, with its countless Ancient Egyptian artifacts, as is shopping at the Khan al-Khalili bazaar. No trip to Cairo would be complete, for example, without a visit to the Giza Pyramids, and to the nearby Saqqara Pyramid Complex, where visitors will see Egypt's first step pyramid built by the architect Imhotep for the third dynasty Pharaoh, Djoser.

Though firmly attached to the past, Cairo is also home to a vibrant modern society. The Midan Tahrir area situated in downtown Cairo area, built in the 19th century under the rule of Khedive Ismail, has strived to be a "Paris on the Nile". There also are a number of more modern suburbs including Ma'adi and Heliopolis, while Zamalek is a quiet area on Gezira Island, with upmarket shopping. Cairo is best in the fall or spring, when the weather isn't so hot. A felucca ride on the Nile is a good way to escape from the busy city, as is a visit to Al-Azhar Park. 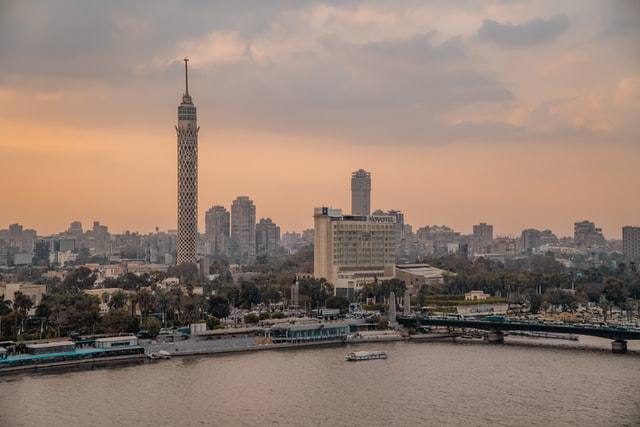 Throughout its history, Cairo was administered by a combination of national policy makers and local administrators. In 1949 the municipality (baladiyyah) of Cairo was created; it was inaugurated, together with a town council, in 1950. In the following decade, Cairo was designated a governorate, with which the municipality was merged.

The boundaries of the Cairo governorate encompass only half of the urbanized metropolitan area; Ḥulwān, an industrial satellite in the extreme south, is included, but industrial satellites in the far north, such as Shubrā al-Khaymah, and the heavily developed quarters on the west bank form parts of other governorates.

From its inception, Cairo’s economy has been based on governmental functions, commerce, trade, and industrial production. The modern productive sector has expanded dramatically since the middle of the 20th century. Since the 1952 revolution, large-scale industrialization has built upon previous developments in textiles (utilizing the long-staple cotton for which Egypt is famous) and food processing (which consists of canning and freezing the wide variety of fruits and vegetables grown in the fertile delta), as well as the processing of sugarcane grown in Upper Egypt. In addition to the production of iron and steel, consumer goods, particularly appliances, are manufactured in nearby factories.

Cairo is the country’s primary centre for economic production and financial control. It still contains many of Egypt’s important banks, hotels, restaurants, entertainment venues, and cafés.

About half of Cairo’s predominantly male labour force works on the assembly lines and in the auxiliary commercial and financial institutions in the expanding formal sector of Cairo’s modern economy. Nevertheless, substantial informal and traditional sectors still survive in which craftsmanship and personal relationships play an important role. Egypt is moving forward with comprehensive institutional and legal reforms to improve the business environment, Minister of Investment Sahar Nasr told Bloomberg. Nasr added that President Abdel Fatah al-Sisi has put a ground vision for Egypt where investment will be driven by the private sector, so it's moving with all the required reforms to ensure their application and this is reflected in the indicators. "The rating agencies have continuously improved their ratings for Egypt and the national financial institutions have also reflected that," she noted. "In fact, the politics in the country have helped a lot in improving the business environment , and have opened the ground for more business to come to Egypt, which is reflected on the numbers of foreign direct investment (FDI)and overall private investment," according to the minister. 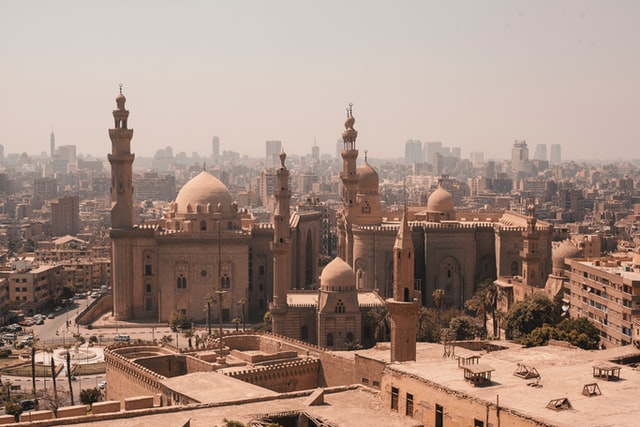 Egypt’s extensive transportation network, laid out by the British, connects most of the country’s urban centers with the capital. Within metropolitan Cairo, the transportation network is made up of both formal and informal sectors. The Public Transport Authority runs a bus network, which was introduced in the 1950s. In addition, a far-reaching system of authorized, licensed cabs operates in the city. Informal transportation services include minibuses and taxis, which sprang up in the late 1970s and ’80s; these continue to predominate, particularly in areas that serve the expanding informal neighborhoods. The Cairo Metro, a citywide subway system, began service in 1987 and has since been significantly expanded.

Traffic congestion is a serious problem in Cairo, particularly as both imports and local assembly plants have provided greater access to automobiles. To combat congestion and pollution, the Egyptian government built a substantial number of bypass highways and overpasses. Donkey-drawn carts, though technically outlawed, are also a common sight on Cairo’s streets, operating among the city’s automobiles, minibuses, buses, streetcars, and trolleys.

Egypt’s capital has moved two-dozen times in the country’s 5,000-year history, but its current seat of power has remained unchanged since AD 969. That was the year when Fatimid invaders began to build a grand enclosure to house their new mosques and palaces – a private city known to its residents as al-Qahera, and eventually to the world as Cairo. But a millennium on, and nearly 20 million inhabitants later, Cairo’s time might finally be up – if Egyptian officials are to be believed. The government has announced plans to pass Cairo’s baton to another foreign-helmed development. The currently nameless city of five million would be home to 660 hospitals, 1,250 mosques and churches, and a theme park four times the size of Disneyland – all to be completed within seven years.

What is the economy of Cairo?
Cairo’s economy has been based on governmental functions, commerce, trade, and industrial production like Cotton textiles, chemicals, plastics and other goods are all produced within the city.

What is Cairo Egypt best known for?
Cairo is famous for its own history, The Great Pyramid of Giza is a defining symbol of Cairo (Egypt) and the last of the ancient Seven Wonders of the world.