Rio de Janeiro possesses a robust and highly diversified economy, providing large-scale employment in heavy and light industry, manufacturing, commerce, finance, trade, and other service sectors. Rio de Janeiro had been a long time capital of Brazil and has therefore attracted a lot attention and investments from profitable companies. Till the end of the 19th century, Rio was the richest state in Brazil before Sao Paulo took over. Rio basically invests a lot in sugar-cane production. It has large plantations in the area of Campos. Production of Oranges too forms a major part of the farming sector. Coffee was once a key industry but due to environmental factors, it has lost its importance. Other food grains are also produced but not in large amounts to be sold on a large scale. Among the livestock industry, there are various animal farms all over the city. Fishing of sardines is also a significant part of the Brazilian economy. 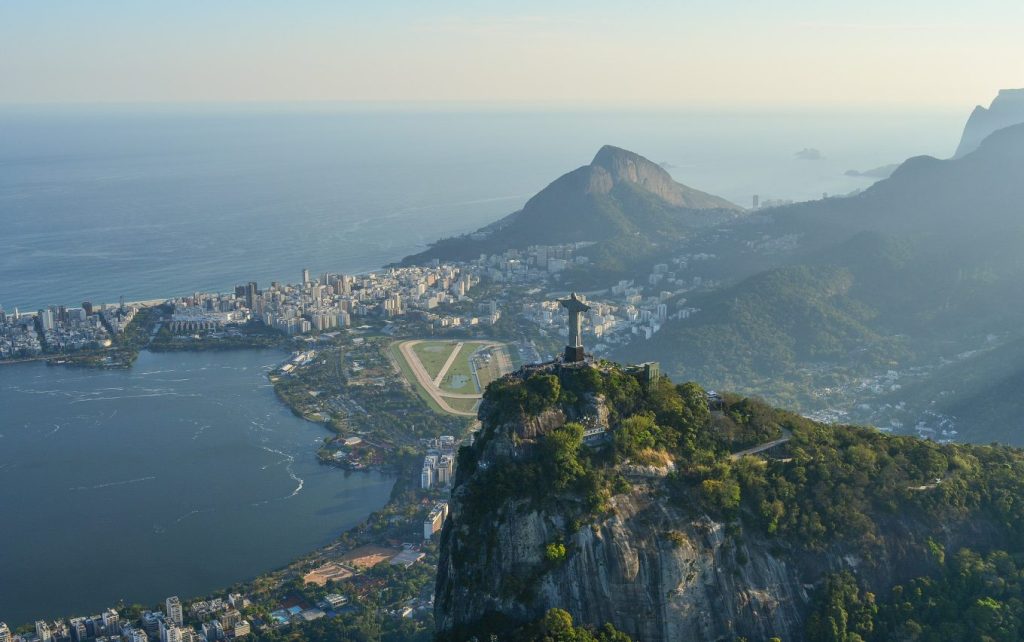 Rio has attracted many oil companies with the discovery of oil in the Campos Basin. There are many international oil companies like Shell, EBX, and Esso which have their branches in the city. Not just branches, but many companies have their headquarters situated in Rio. Some of them are telecom corporations like Oi and Embratel. Rio comes second in the industrial sector and is a foremost financial and service center. The service sector is dominated by the banking sector which is an active part of the economy. Rio’s stock exchange Bolsa da Valores is the second most dynamic stock market in Brazil.

Tourists, both international and other Brazilian visitors, are beneficial in boosting Rio’s economy. The world-famous carnivals, beaches and the ecological beauty of Rio attract thousands of tourists from all around the world. The multiculturalism found in Brazil and Rio is rare, and therefore, the diversity in traditions, lifestyle, and cuisine catches the attention of many. The tropical climate is also one of the main reasons for the increasing tourist influx. The city can be visited at any time of the year as the climate, even if hot is bearable.

In recent years, Rio de Janeiro has massively invested in public transportation. In 2014, the city received a Sustainable Transport Award for its second of four BRT systems, Transcarioca. The corridor crosses dense and well-established areas with a historical deficit of quality public transportation.  Serving 27 neighborhoods, Transcarioca has 47 stations and spans 39 km of segregated roads integrating metropolitan rail systems, subways, Rio’s first BRT system, TransOeste, and most notably connects with the International Airport located on an island in Guanabara Bay to provide easier access to many areas in Rio de Janeiro.

Since winning its bid for the 2016 Olympic Games seven years ago, Brazil’s Rio de Janeiro has undergone a construction boom, including new sports venues, subway connections, and more infrastructure. Though marred in part by political scandal and a suffering economy, Rio largely completed its intended projects. Here are some of the biggest changes.

One of the flagship transportation efforts, Rio built a new subway extension linking popular beach areas with the neighborhood where the Olympic Park is located. Though originally intended to open to the public ahead of the Games, repeated delays forced a later completion date than hoped and will only be open to athletes and Olympic spectators.

Rio de Janeiro uses IBM's Smart Cities technology to coordinate its city services in real-time, from responding to emergencies to unsnarling traffic. Perhaps IBM's expertise made the difference in Rio. The computing giant is just one player in the expanding smart systems market, but the operations center (the only one of its kind) is its unique advantage. The logic is that if the Smart City model can work in a large city like Rio, especially during Carnaval, it can be applied anywhere. IBM has reported that it is already productizing the model and is able to scale it to small and medium-sized cities. At the behest of IBM, Rio even installed a chief operating officer to oversee the operations center, allowing it to run autonomously.

The Rio de Janeiro Low Carbon City Development Program (LCCDP) is a systems-approach to low carbon development, including a framework and set of comprehensive requirements to help the city to plan, implement, monitor, and account for low carbon investments and climate change mitigation actions across all sectors in the city over time. The Rio LCCDP, the specifics of which are captured in the Rio LCCDP Program, was launched in June 2012 at the Rio+20 conference with the presentation of its compliance with the new LCCDP Assessment Protocol, including the achievement of multiple International Organization for Standardization (ISO) accreditations. The ISO-certification makes the Program a prototype for a business model that can be replicated in cities around the world.

What is Rio de Janeiro city known for?
Rio de Janeiro is one of the most visited cities in the Southern Hemisphere and is known for its natural settings, carnival, samba, bossa nova, and balneario beaches such as Barra da Tijuca, Copacabana, and Ipanema.