Lahore is the capital of the Pakistani province of Punjab. It is the country's 2nd largest city after Karachi and the 18th largest city proper in the world. Lahore is one of Pakistan's wealthiest cities, with an estimated GDP of $84 billion as of 2019. It is also known as the 'City of Gardens' because of its many parks and gardens. This city is known for its rich culture and lively atmosphere.

Lahore's origins reach into antiquity. The city has been controlled by numerous empires throughout the course of its history, including the Hindu Shahis, Ghaznavids, Ghurids, and Delhi Sultanate by the medieval era. Lahore reached the height of its splendor under the Mughal Empire between the late 16th and early 18th century and served as its capital city for a number of years. The city was captured by the forces of the Afsharid ruler Nader Shah in 1739 and fell into a period of decay while being contested between the Afghans and the Sikhs. Lahore eventually became the capital of the Sikh Empire in the early 19th century and regained some of its lost grandeur. Lahore was then annexed to the British Empire and made the capital of British Punjab. Lahore was central to the independence movements of both India and Pakistan, with the city being the site of both the declaration of Indian Independence and the resolution calling for the establishment of Pakistan. Lahore experienced some of the worst riotings during the Partition period preceding Pakistan's independence. Following the success of the Pakistan Movement and subsequent independence in 1947, Lahore was declared the capital of Pakistan's Punjab province. See also Karachi. 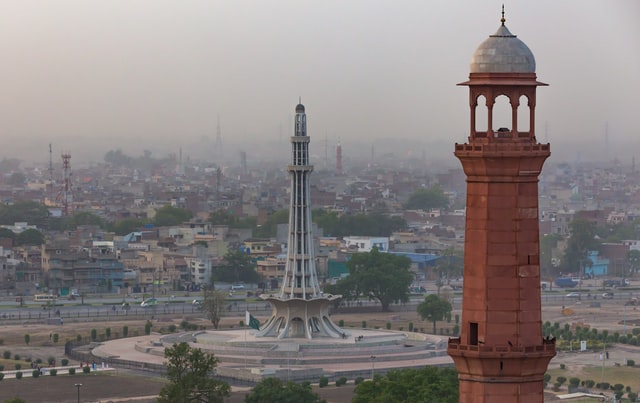 As of 2019, Lahore had an estimated GDP (PPP) of $84 billion. As of 2008, the city's gross domestic product (GDP) by purchasing power parity (PPP) was estimated at $40 billion, with a projected average growth rate of 5.6 percent. The contribution of Lahore to the national economy is estimated to be 11.5% and 19% to the provincial economy of Punjab. As a whole Punjab has $115 billion economy making it first and to date, only Pakistani Subdivision of economy more than $100 billion at rank 144. Lahore's GDP is projected to be $102 billion by the year 2025, with a slightly higher growth rate of 5.6% per annum, as compared to Karachi's 5.5%. A major industrial agglomeration with about 9,000 industrial units, Lahore has shifted in recent decades from manufacturing to service industries. Some 42% of its workforce is employed in finance, banking, real estate, community, cultural, and social services. The city is Pakistan's largest software & hardware producing center and hosts a growing computer-assembly industry. The city has always been a center for publications where 80% of Pakistan's books are published, and it remains the foremost center of literary, educational and cultural activity in Pakistan. 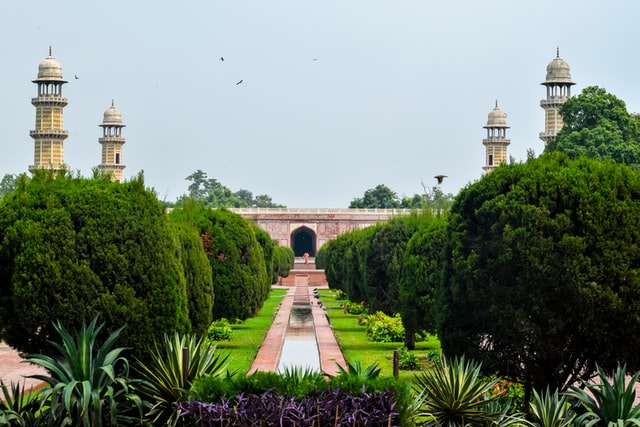 There are a number of municipal, provincial, and federal roads that serve Lahore. Lahore Junction Station serves as the main railway station for Lahore, and serves as a major hub for all Pakistan Railway services in northern Pakistan. It includes services to Peshawar and national capital Islamabad-Rawalpindi, and long-distance services to Karachi and Quetta. Lahore Cantonment Station also operates a few trains. The Lahore Badami Bagh Bus Terminal serves as a hub for intercity bus services in Lahore, served by multiple bus companies providing a comprehensive network of services in Punjab and neighboring provinces.

Lahore has a vibrant IT industry but the majority of its software houses were scattered all over the city’s various commercial areas. Keeping in mind the global practice in the IT industry, Arfa Software, and Technology Park project was initiated in 2012. Back then, the project’s name was Lahore Technology Park, but it was later renamed to honor the memory of late Arfa Karim, a Pakistani computer prodigy who became the youngest Microsoft Certified Professional at age nine in 2014. ASTP is the country’s largest Information and Communications Technology Park. Its 17-story building is the first such international standard facility in Pakistan. Another motivation for the project was to disseminate the Government of Punjab’s IT vision to the general public and businesses.