Stockholm, capital and largest city of Sweden. Stockholm is located at the junction of Lake Mälar (Mälaren) and Salt Bay (Saltsjön), an arm of the Baltic Sea, opposite the Gulf of Finland. The city is built upon numerous islands as well as the mainland f Uppland and Södermanland. By virtue of its location, Stockholm is regarded as one of the most beautiful capital cities in the world. Stockholm is famous for its iconic city hall, the world's first open-air museum and the fabulous Abba museum. But there are plenty of little-known facts about this city that even some locals might not be aware of – including an unusual story about Frank Zappa.

Stockholm, with its 900,000+ inhabitants, is the largest municipality in Sweden. The City Council is the supreme decision-making body of the City of Stockholm. The City provides Stockholm’s inhabitants with a multitude of different municipal services. Most of the municipal activities in Stockholm are carried out in administrative or corporate form. 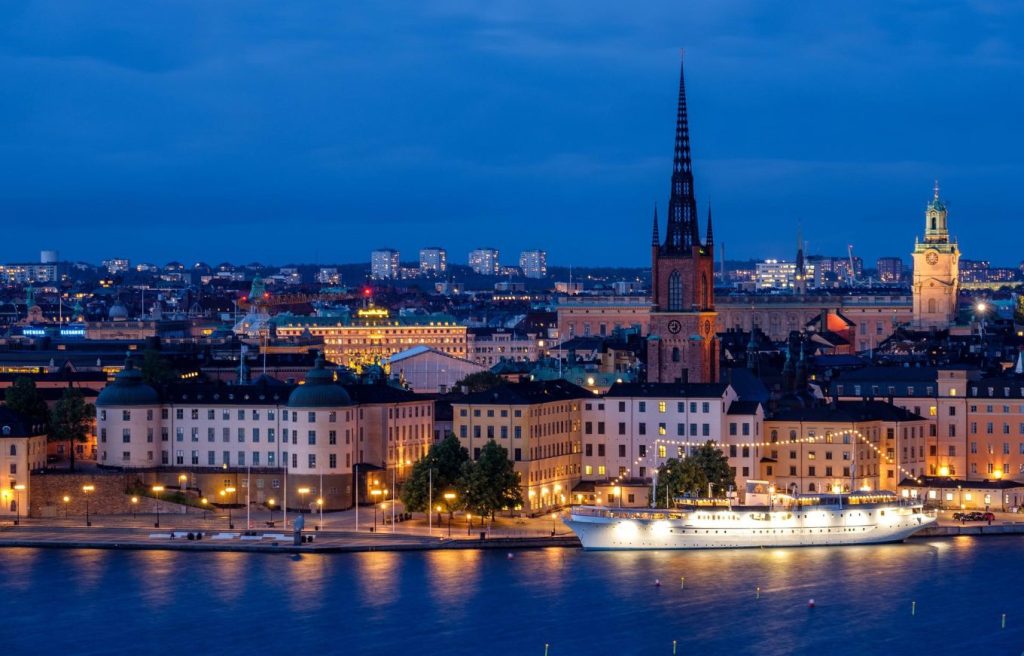 Stockholm is the cultural, media, political, and economic centre of Sweden. The Stockholm region alone accounts for over a third of the country's GDP, and is among the top 10 regions in Europe by GDP per capita. It is an important global city, and the main centre for corporate headquarters in the Nordic region. The economy of Sweden is a developed export-oriented economy aided by timber, hydropower, and iron ore. Sweden has achieved a high standard of living under a mixed system of high-tech capitalism and extensive welfare benefits.

Stockholm is expanding rapidly. In 2020 the city will have 1 million inhabitants and by 2030, the city will reach 1.4 million. To ensure Stockholm's continued economic growth, more than EUR 111 billion in investments in the region is planned by 2040. Stockholm is experiencing one of its most intensive building periods since the big urbanization of the 1960s. This means increased demand for construction companies, together with new markets for suppliers of green products and services, sustainable construction and new building methods. The largest investment share is in housing, with an investment volume of €60,7 billion, followed by infrastructure investments in railway, subway and light rail, with an investment volume of €9,6 billion.

Stockholm is one of the world’s most connected cities, and a beacon for innovators and international talent. We are also a forward-looking city, leading the environmental and smart city agendas. By 2040, we have the ambition to be both carbon neutral and the smartest city in the world. Sustainability has always been at the heart of our smart city strategy, against a background of rapid urbanization. Finding smart solutions, delivering prosperity to Stockholmers and applying green principles, while our population has increased significantly, has not been easy, but Stockholm is an example of success. Back in 2010, Stockholm became the first European Green Capital, and since then we have continually engaged in partnerships and shared our ideas around eco-governance for smarter cities.

The Swedish educational system is decentralized. The federal government grants localities autonomy in designing the course curriculum. However, the federal government sets standardized goals and objectives for Swedish localities to follow. Education in Sweden is divided into four levels of schooling. Children may attend an optional preschool program (förskola) from 1-5 years of age. Children are then offered a place in kindergarten (förskoleklass) when they turn six years old. Following kindergarten is compulsory schooling, which is divided into three levels. Elementary school (lågstadiet) comprises the first three years of compulsory school, then middle school (mellanstadiet) for years 4-6 and finally junior high school (högstadiet) for years 7-9. After compulsory school, Swedish students may attend an optional senior high school (gymnasium) for three years.

Region Stockholm is one of Europe's largest healthcare providers, offering everything from telephone advice about self-care to advanced specialist care at university hospitals. Region Stockholm has overall responsibility for caring for the county's inhabitants and must meet the targets of the Swedish Health and Medical Services Act which means good health and care on equal terms for the entire population. Knowledge of the county's inhabitants, such as age and health, forms the basis for planning this care.

Stockholmers call their city 'beauty on water'. But despite the well-preserved historic core, Stockholm is no museum piece: it's modern, dynamic and ever-evolving. The list of things to do in Stockholm could be made endless and there are more than a hundred attractions to choose from.

What is the current population of Stockholm 2022?
In 2022, approximately 983,695 people lived in Stockholm and making it not only the capital, but also the biggest city in Sweden.

What is Stockholm city known for?
There are plenty of little-known facts about Stockholm that even some locals might not be aware of, but is famed for its iconic city hall, the world's first open-air museum and the fabulous Abba museum.

What country is the Stockholm in?
Stockholm, the largest city and the national capital of Sweden. This city serving as the country's political center and royal residence.