Shanghai, also spelled Shang-hai, city and province-level shi (municipality), east-central China. It is one of the world's largest seaports and a major industrial and commercial centre of China. Shanghai, known as the ‘Oriental Paris’, is China's biggest and richest city (on aggregate). 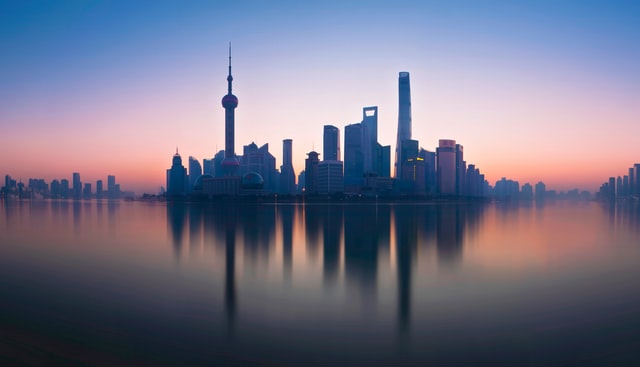 Shanghai is the world's largest megacities

It is one of China's greatest economic and cultural centers; therefore, it is seen as a showcase for everything considered modern in China. The city rivals New York or Paris in terms of modernity and boasts a blended culture of the East and the West. Shanghai is a tourist destination famous for historical landmarks as well as modern, ever-expanding skylines. You will never get bored in this dynamic metropolis.

As a first-order, province-level administrative unit, Shanghai municipality is, in theory, directly controlled by the central government in Beijing. It is difficult, however, to gauge the precise nature of that relationship. Since the Cultural Revolution of the late 1960s, China’s administrative apparatus at all levels of the hierarchy has been in a process of readjustment so as to bring governmental organization in line with political reality. In 1967, early in the Cultural Revolution, the Shanghai Municipal Revolutionary Committee was established as the top governing body in the municipality after a chaotic period in which a number of popular-based revolutionary organizations seized control of the city for brief periods. The committee at that time was composed of representatives of the army, the mass revolutionary organizations, and some former Communist Party officials. By the mid-1970s that body had been replaced by a municipal government made up of commissions, offices, and bureaus responsible to the Shanghai People’s Congress, an elected body. Those units serve both policy advisory and administrative functions and function as administrative links to both the national government in Beijing as well as the local governing bodies.

Shanghai is an important economic, financial, trade and shipping center in China. It contributes greatly to the whole nation's economic structure and the development of society. Taking up only 0.06% of the country's land area, Shanghai economy now generates about 8.3% of China's gross industrial output value, 10% of its ports' cargo-throughput, 25% of the total value of the country's imports and exports and 12.5% of the total revenue of China.

Shanghai started 23 and finished 19 major infrastructure construction projects last year according to the Shanghai Housing and Urban-Rural Development Commission. Investment in these projects reached 141.8 billion yuan (US$21 billion), a level not seen since 2010. The year witnessed the first China International Import Expo. The renovation of the venue, greenbelt projects around the expo area, lighting projects and removing overhead cables were all finished ahead of schedule, the commission said. In 2018 the city completed construction of the fourth stage of Yangshan Deep-water Port, the underground tunnel of South Zhongshan No.1 Road, and the renovation of Hongqiao International Airport’s terminal one. Also last year, the total length of Shanghai’s Metro network reached 705 kilometers and more than 100 kilometers of overhead cables were removed from the streets. Housing and aged care were two key parts of the public service projects carried out last year. More than 170,000 households benefited from the renovation and modifications of old residential warrens and now have more spacious flats or have moved into new houses.

Shanghai is looking to be the primary global destination for science and technology efforts, after burnishing its credentials as a hub for finance and shipping. To achieve that goal, Shanghai will construct a national science centre and develop several key industries including integrated circuits, biomedicine and artificial intelligence, the authorities said during a recent news briefing on Shanghai's high-quality growth. Shanghai's efforts to become a global tech hub started gaining steam in 2016 when it officially announced its ambition to transform itself into a science and technology centre. It identified four major tasks then, including establishing a comprehensive national science centre and implementing basic projects and strategic programmes.

The government-funded healthcare system, introduced in the late 1990s and expanded to include foreign employees as of October 2011, will not meet expatriate needs. Therefore, expats need either an international health insurance policy or cover for private medical care from a Chinese insurance provider.

With links to 110 cities in 48 countries, the commercial, trading and transportation hub of Shanghai is the gateway to China for many travellers. Though rich in cultural heritage, the city’s prime calling card is its urban charm. The People’s Square and the banks of Huangpujiang River offer great sightseeing, business and shopping opportunities. You can shop in high-end venues for designer items or cruise through the backstreets to hunt for interesting trinkets, including a myriad of traditional Chinese handicrafts. Sheshan Mountain, Dingshan Lake, Yangshan Deep Water Port and Chongming Island are great choices for day-trip escapes. The city enjoys a pleasant northern sub-tropical maritime monsoon climate with four distinct seasons.