In this article, we’ll be taking a look at how divorce statistics in London have changed over the years.

For some time, London has had the dubious honour of being known as ‘the divorce capital of the world’, but is this still the case? In this article, we’ll look at the ways in which family solicitors in London are seeing changes, and the factors that have brought about these changes.

For better, for worse

Greater London holds one of the highest divorce rates in the UK at 0.066% of the population. This compares to those loyal folk in the North East, who enjoy a rate of just 0.036%; the lowest in Great Britain. There are a number of factors which may explain the high divorce rate in London, and some of these are:

Figures show that people in London work longer hours - around 37.5 hours a week - than any other region of the UK, with most employees working approximately 35.7 hours a week. The pressure of working long hours can have a significant impact on a marriage, and is one of the top cited reasons for divorce, with spouses complaining that they do not get enough quality time together.

London is a pretty expensive place to live, with a high cost of living and astronomical property prices - which is bad news for a marriage. Money is a contentious issue for many couples across the UK, and is the leading cause for divorce. This may be particularly the case in the capital where high costs can lead to disagreements and, ultimately, divorce.

In June 2020, the UK introduced the ‘no fault divorce’, bringing it in line with many other countries across the globe. This new change to the law allows couples to apply for a divorce without having to cite a reason, such as adultery or desertion. Following this change to the law, the UK - and London in particular - has seen a spike in divorce applications, with 12,000 new applications filed between April 2021 and April 2022.

This law has been welcomed by couples in London, as it speeds up the process, thereby slashing  the time that they have to wait to distribute assets. This is incredibly important, as Londons high property prices mean that many separated couples have no option other than to continue living together until their divorce is complete and they are able to divide assets, including property. Divorce solicitors predict that the number of divorces in the UK will climb even further when we see the statistics for the 2022 / 2023 period, due largely to the new No Fault Divorce law.

London is an extremely sociable place, and more employees socialise with colleagues after work on a regular basis than in any other region. In fact, 29% of respondents in London say that they feel pressured into doing so. While this can be a great way to unwind after a long day at work, it can also open up opportunities for infidelity; particularly when alcohol is involved. Infidelity is, of course, one of the most common reasons for divorce in the United Kingdom. Figures show that a staggering 5.08% of residents in London’s Tower Hamlets admit to having had an affair at one time or another; many of which have led to the breakdown of their marriage.

How Have Things Changed in London?

In the last couple of years, divorce rates in London, and in fact the whole of the UK, have been on the decline as people wait longer before getting married and get married at an older age. This, however, has changed in the last few years, and divorce in London is once again on the rise due to a few factors, including:

London can be a fantastic place to live, but it does have its downsides - and the price may be your marriage. Long working hours, stress and the high cost of living can all take their toll on a marriage.

If you feel that your marriage may be in trouble, a family law solicitor may be able to advise you on your options and facilitate mediation. 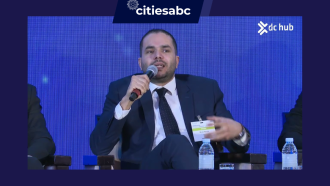