Hilton Supra, Vice Chairman of Ztudium Group, interviewed Glyn Moody, a widely-published journalist and Copyright & Digital Rights Expert, in the latest episode of citiesabc openbusinesscouncil YouTube Podcast series. The two discuss the copyright industry from a myriad of angles including the threats it imposes on users' privacy and freedom of expression.

In the beginning moments of the interview, Hilton asked Glyn about his transition from the world of Mathematics to digital copyrights. A Master's in Mathematics and Ph.D. in quantum Mechanics from Trinity College, Cambridge University, Glyn told him that after traversing through that realm, he transitioned to journalism to find a more practical approach to impact the world. In his own words, he found the shift "from numbers to words" as a more convincing way to achieve this goal.

His entry into the world of journalism coincided with the advent of the era of computers. Technology guided him through all these years, and he has been writing about it in various esteemed columns, including Ars Technica UK, Techdirt, The Guardian, The Daily Telegraph, The Financial Times, The Economist, Wired, New Scientist, and numerous other titles.

Hilton asked Glyn about his transition to the world of copyright. "It was an interesting trajectory but with a valid logic to it. I realised that the world of open source is about collaborative sharing.", he said.

In this context, he referred to the motivation behind writing 'The Digital Life'

Looking through the similarities between the internet and open-source solutions, he entered the space of copyrights. Finding the two concepts antagonistic to each other, he said:

"It turns out that copyrighting is kind of an anti-thesis of the sharing world. Copyright is based on the idea that if you want to make a copy of something, you have to ask permission for every single copy."

Alternatives to copyrighting in Web 3.0

Glyn told Hilton about how the world is infringing on the copyrights laid down by global legislation and corporations worldwide. He explained some innovative ways where users' privacy can be maintained while enabling advertising for corporations and enterprises:

"The companies don’t need to know your every internet activity to put an ad for you. They don't need strategic surveillance in order to preserve a vibrant advertising ecosystem.", he emphasised while explaining a more comprehensive concept of contextual advertising.

Hilton and Glyn journeyed through various aspects of copyrighting in different industries to understand the threat it poses to users' privacy and freedom of expression.

"I believe that just as the internet is a problem for Copyright, I think it's the solution to Copyright. Because the fact that everyone is connected to everyone on the internet, makes it much easier for a creator to have direct connections to their fans. So, all those intermediaries, whether the old ones like the publisher house, you can actually get rid of them to a large extent.", he concluded the enlightening hour by explaining that there needs to be better and thoughtful legislation for better results in the future. 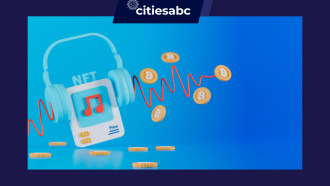